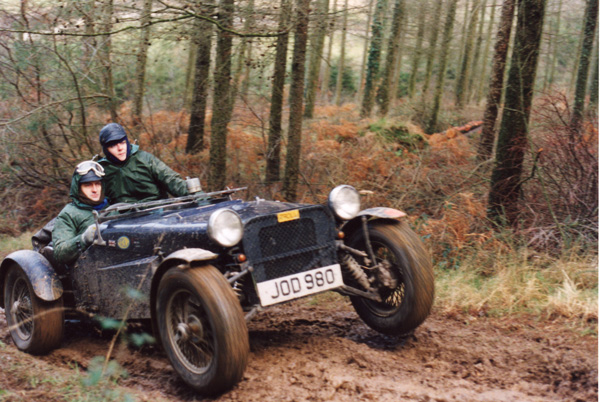 Peter James drives the T4, JOD 980, up Norman’s Hump (we think) on an Exeter Trial
sometime in the late 1980s. With thanks to Mark Milne for providing the photograph.

During the course of creating the original Troll T6 page I had a lot of correspondence from Peter James and David Alderson about the other Troll projects and the information below has been updated over time.

The text of this Post was originally part of the Troll T6 page but has been extracted and is re-posted here with minor amendments.