In the summer of 2018 the Government, in response to their 25 Year Environmental Plan, commissioned a Designated Landscapes Review. The Final Report (the ‘Glover Report’) was published in September 2019 but it was not until January 2022 that the Government responded to the Report and launched a formal consultation “Seeking views on the government response to the Landscapes Review”.

Because of the serious threat posed by this consultation to the future of green lane motoring, it is vital that everyone who wishes to preserve the sport of classic trials submits a response. The consultation closes at 11:45pm on 9 April 2022.

Although the Landscapes Review does not touch on the use of motor vehicles the Government response has a section on ‘managing visitor pressures’, which includes the impact of motor vehicles and particularly recreational motoring on green lanes. Defra’s consultation goes further and includes questions on whether or not the Government should legislate to restrict the recreational use of motor vehicles on unsealed unclassified roads, either within protected landscapes or everywhere. The relevant questions are numbered 13 to 17 and these questions signal a clear and present danger to green lane motoring.

We know that The Green Lane Environment Action Movement (GLEAM) is seeking to end or seriously curtail the recreational use of green lanes and are lobbying at a local and national level to get as many responses as possible that are sympathetic to their cause.

I recommend that you respond by email (see below).

Although DEFRA would prefer online responses, they are happy to receive responses by email. Please read pages 26 to 30 of this DEFRA letter before responding.

Any questions, please contact me (link on the right).

The Cotswold Clouds Trial was first run on 18th March 1962, so the event is sixty years old this year. The trial did not run on five of those sixty years, so it’s not actually the sixtieth event, but sixty years since the first running is still an anniversary worth celebrating.

The Cotswolds had, of course, been a major venue for trials in the PreWar period, with the North London Motor Club’s Gloucester Trial and SUNBAC’s Colmore Trial, both overnight events, considered as equals to the three MCC trials in the 1930s. But, by 1961, Falcon’s Guy Fawkes Trial and Bristol’s Allen Trial were the only significant trials in the classic format using the hills in the Stroud area.

It was clearly time for the Stroud & District Motor Club to reclaim their local hills from the interlopers. The 1962 event attracted 50 entrants and 45 starters, started from the Five Mile Garage, and finished at the Stratton House Hotel in Cirencester, via 12 observed sections and two special tests. The trial started with a special test at Jack’s Green and an observed section at Bull’s Cross (both used by Falcon in previous years), then south to sections at Butterow and Avening (both Stroud ‘finds’), before looping back to The Ladder at Nailsworth (used over many years by too many clubs to list). It was then back south to Fort 1 and Fort 2 (above Dursley and used by both Falcon and Bristol in previous years), Axe (another hill with a long PreWar and PostWar history), Moreton, Roddy’s Pimple, and the Roddy Lane Special Test (all three Stroud ‘finds’), Througham (an ex-Falcon hill), and the two sections at Bull Banks (rare examples of a first use by Stroud and subsequent use by Falcon). So, a total of 14 sections, seven used on previous events and seven new Stroud ‘finds’; the Cotswold Clouds had arrived with a bang.

The classes were: Class 1 for front-engined saloons, Class 2 for sports cars, Class 3 for specials (including Dellows), Class 4 for rear-engined saloons, and Class 5 for front wheel drive cars (only one entrant, in a Mini, who non-started). At the finish there were just four clean sheets: Thompson’s Ford in Class 1, Goodall’s Morgan and LeFevre’s Sprite in Class 2, and Wood’s Messerschmitt in Class 4; the event was judged a great success.

In 2000, the Stroud & District Motor Club published a small booklet to mark the club’s Golden Jubilee and this included a report on the 1962 Cotswold Clouds taken, I think, from a club newsletter of the time. I’ve scanned the relevant pages and they’re available here:

I have just published new printouts from the Trials Events Database and Trials Sections Database. The updates include the sections used for the 2022 Exeter and Clee Hills Trials, and the previously-unknown locations of some hills used by the MCC for the Exeter and Land’s End Trials during the 1970s, 1980s, and 1990s. This is very much a work-in-progress update as I am still processing the huge amount of new information recently made available in the Events Archive on the ACTC website.

Shortly after republishing my Post on The Gregory, I unearthed an email which I’d received back in 2013 from Charles Helps of the Historic Lotus Register. He had attached two photos of XPP 886, an 1172cc sidevalve-engined, Lotus Seven lookalike, Gregory from 1956. I’ve checked on the DVLA website and it’s still around, still 1172cc, and currently taxed to April this year. 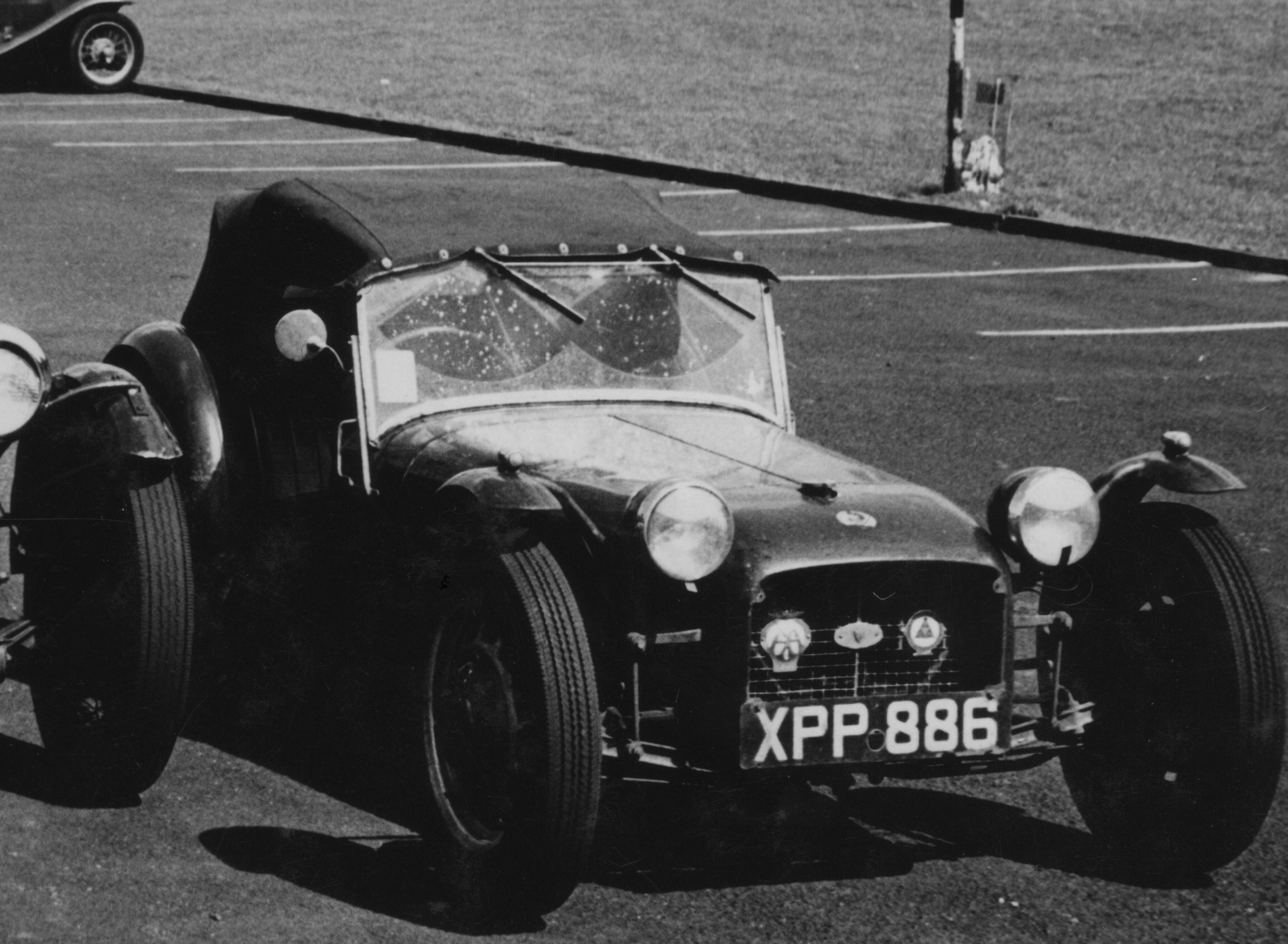 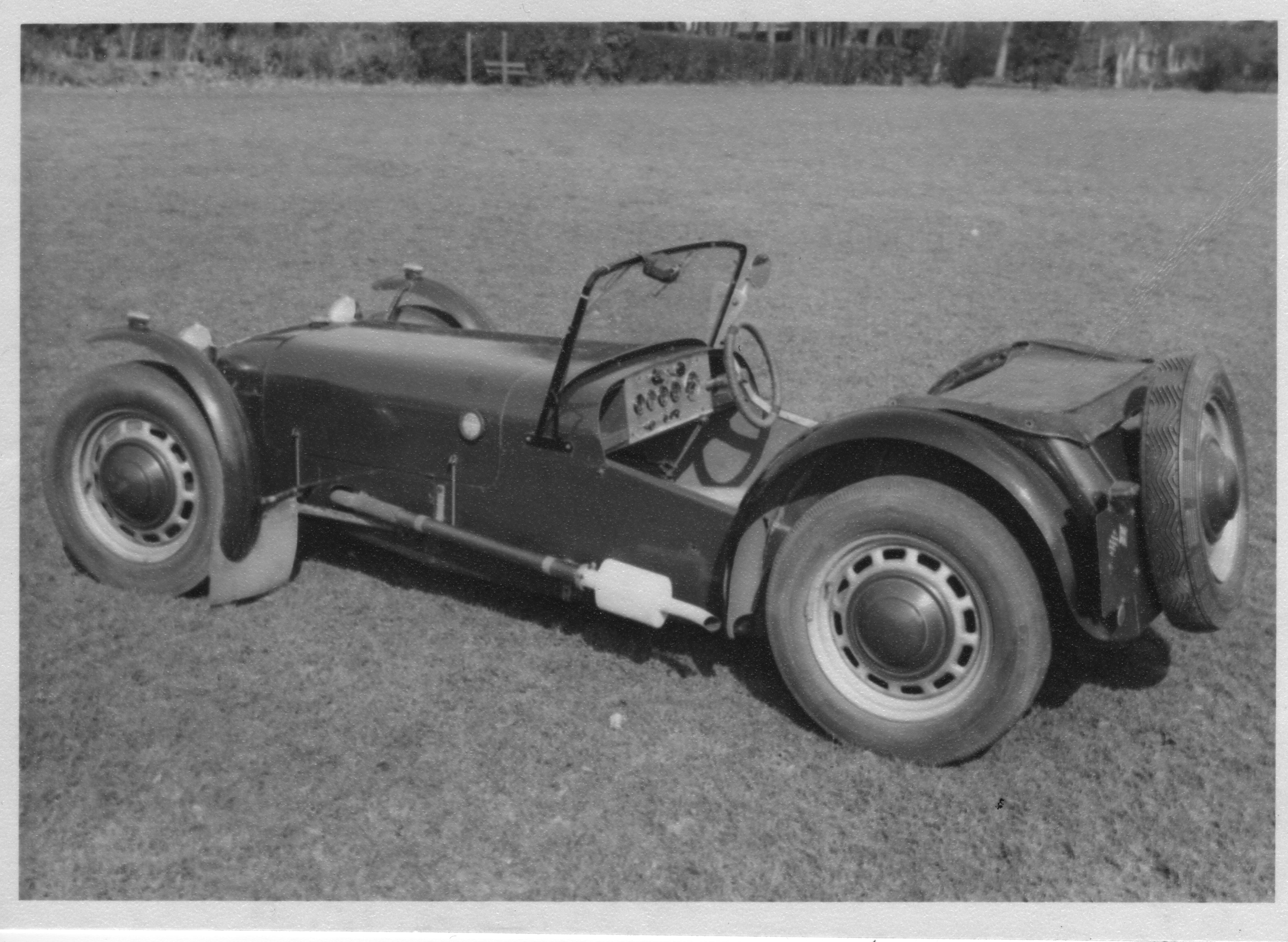 After the publication, in 2003, of the last of his quartet of books (three on trials drivers, and one on rally drivers), Donald Cowbourne maintained a simple website to promote the books. He also published a set of updates, the last in January 2008 just six months before his death in July 2008. For some reason, the updates as published were numbered from 11 onwards and I have no idea if there ever were any updates numbered 1 to 10. Luckily I downloaded the updates as PDF files before his website disappeared, and here they are:

The Golden Age of British Motoring, sub-titled Classic Cars from 1900 to 1940, edited by Roy Bacon and published by the Promotional Reprint Company in 1995, is a large-format book of photographs from the Brunell Collection. It has been universally praised for the quality of the photography and the printing, and universally slated for the shoddy captioning. I was not the first to attempt to catalogue these errors as a lengthy letter appeared in the July 1998 VSCC Bulletin (Page 53) although, perhaps unsurprisingly, only five of the errors noted in the VSCC letter cover the trials photographs noted below.

Most of the text below was originally published in April 2011 on a previous version of this website, but has now been updated, checked, and corrected as far as is possible. I have noted, in red, the more interesting photographs that are still unidentified. Can anyone help?

M.G. Trials Cars, by Roger Thomas, is one of the “Essential Seven” trials history books. Subtitled “An Appreciation of The Works Teams” this large format book was published in 1995 to accompany the MGCC “60th Anniversary Weekend” celebrating the formation of the famous Cream Cracker and Musketeers MG Works Teams. Lots of photographs, some well-known, and three (well-chronicled) captioning errors, but still a tour-de-force. It has been out-of-print since 2001 and there are no plans to reprint it. Copies are available from time-to-time on eBay, or from the regular suppliers of motorsport memorabilia, often at ridiculously high prices.

It’s quite amazing that one hundred and twenty years of classic trialling has produced a total of only seven books devoted exclusively to the sport, and one of them (the MCC history) features non-trials motorsport as well. Here’s a brief list, in roughly chronological order and arranged by author. All were originally published in hardback. None are still in print but most are available through the obvious motorsport or second-hand booksellers, sometimes at quite sensible prices but occasionally at seriously inflated prices. Shop around!

It was only after I’d written the above that I remembered that motoring bookseller Simon Lewis (http://www.simonlewis.com/) had written an article about trialling books for the November 2020 issue of Restart, the ACTC magazine. It was gratifying to note that I hadn’t missed any of the major works, although Simon also listed a number of other books which give trials a mention alongside other motoring topics.

I’ve added a new ‘Subscribe’ facility to this website, in the right-hand sidebar on desktop and laptop screens and at the foot of each page on tablets and phones. Enter your email address and you’ll receive notifications of all new posts by email.

The Experts Trial was organised by the Mid-Surrey Automobile Club from 1933 until 1938. It used seventeen different sections scattered around Exmoor, so not quite on the organising club’s doorstep. Exmoor has always been prime trialling country and the Mid-Surrey AC were not the only club to travel miles to use Exmoor sections. The Brighton and Hove Motor Club’s Brighton-Beer Trial (neither starting in Brighton nor finishing in Beer) also used some of the same sections and, of course, the route of the MCC Land’s End Trial has always included sections on Exmoor.

The Experts was a prestigious event, as only invited drivers could enter and they had to have achieved considerable trials success in the preceding twelve months before Mid-Surrey AC would send them an invitation. The start of the Experts was generally from the market square in Dunster, usually at the civilised hour of 10.30, or even 11.30am, with a short route mileage and fewer observed sections than was normal for “one day” trials in the 1930s.

C.A.N. May reports on several of the Experts Trials in Wheelspin, with detailed descriptions of some of the more memorable sections, and the event has always had a special appeal to MG enthusiasts as so many of the “expert” competitors of the period were MG-mounted. Although a few of the sections may be familiar to those who competed in the Minehead Motor Club’s Exmoor Clouds Trial in the 1980s and 1990s, most are now lost to the sport.

I am indebted to Bryan Ditchman and Jonathan Toulmin for providing most of the information below and I know that Jonathan, in particular, has a lot more detailed information gleaned from his father’s records. Bryan and Jonathan published two articles in the ACTC magazine “Restart”, in November 2007 and March 2008, detailing the exploits of their “walking trials” on Exmoor looking for sections used for the Experts, Brighton-Beer, and Land’s End Trials.

For more information about the Sections used, see the Trials Sections Database.

This Post was originally published on 11 May 2020 as a Page on this website and is re-posted here with minor amendments.